Yes! You are an athlete. No! You shouldn’t practice Intermittent Fasting. 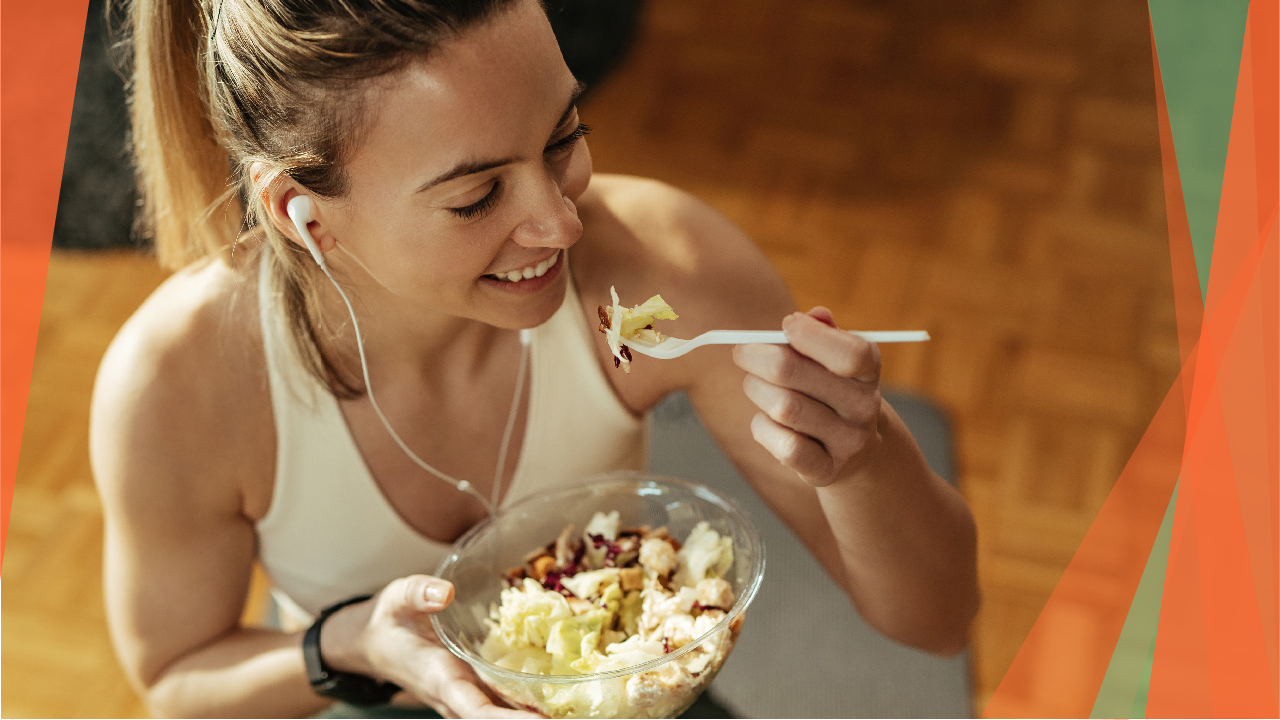 I sat down with 8x U.S. Champion Steeplechase runner and Olympic bronze medalist Emma Coburn for Episode 5 of Nuuness TV, a Nuun-sponsored YouTube series devoted to women in sports.

It didn’t take long before the topic turned to my scientific impressions of current diet trends. Of course, I jumped right in with my thoughts on intermittent fasting (IF) and the ketogenic diet, both of which I would like to see out of the athletic population—especially among women!

If you missed it, I’ll gladly summarize here again, because it’s important and so many women are still getting the message that IF and keto are the way to go for mental focus, high performance, and weight loss. And it is simply not true.

As I’ve said many times, from a health standpoint, intermittent fasting is useful. This is particularly true for the general population who are not very active and struggling with metabolic diseases. However, when you dig deeper and look at longevity data in terms of both intermittent fasting and exercise, they’re both beneficial, but you do not garner any additional benefits from layering intermittent fasting on top of exercising (which I know you all do!)

So if you’re already exercising, it’s not particularly helpful. And if you’re a woman who is adding athletics on top of intermittent fasting, it can be harmful to both your performance and your health.

It comes down to kisspeptin, is a neuropeptide that’s responsible for sex hormones and endocrine and reproductive function, which also plays a significant role in maintaining healthy glucose levels, appetite regulation, and body composition. It’s also more sensitive in women than men. When it gets perturbed, our sex hormones aren’t produced and released the way we need them to be.

Intermittent fasting and keto both disrupt kisspeptin production. When our brain perceives we have a deficiency in nutrients, especially carbohydrate, we have a marked reduction in kisspeptin stimulation, which not only increases our appetite, but also reduces our sensitivity to insulin. This is why research shows intermittent fasting is more likely to cause impaired glucose intolerance in women, but not men.

What happens when we layer exercise stress on top of the stress of denying our bodies an important fuel source? Stress hormones like cortisol rise even higher. As you keep increasing that stress, it keeps your sympathetic drive high and reduces your ability to relax. Your thyroid activity is depressed, which messes with your menstrual cycle. Your body also starts storing more belly fat.

So now you’re looking at disrupted menstrual cycles, higher anxiety and stress, impaired performance and often weight gain—pretty much the opposite of what you’re looking for!

The ketogenic diet has very similar effects on women athletes. We hear people rave about the increased mental focus with a keto diet. In men, yes. They have an increase in their parasympathetic (a.k.a. rest and digest) activity, so they can be more relaxed and present. In women, keto kicks up our sympathetic (a.k.a. fight or flight) drive, so we’re more anxious, more prone to being depressed, and we can’t sleep very well, which again hurts our hormonal health, performance, well being, and body composition.

Sometimes women will contend that these diets work so well for them. And they might for the first three months, because nearly any diet will yield some effects in the short term. The long term effects for women athletes, however, is endocrine dysfunction, increases in abdominal fat, more depression, and a backlash of subsequent fat gain.

Okay, But I’m Not An “Athlete”

While we’re here, let’s address the “A word.” After my Women Are Not Small Men episode on Nuuness TV aired, there were a number of women who took to social media and asked questions like, “So is intermittent fasting okay for me since I’m not an athlete?” and “I’m not an athlete, so is keto beneficial?”

The catch is, these women were athletes. They were runners, bike packers, swimmers, and CrossFit enthusiasts. But like so many women I hear from and work with, despite the fact that they are very active and want to feel and perform their best, they do not consider themselves “athletes.”

I get it. We’ve grown up with the notion that an “athlete” is someone we see on television or on Nike ads. We’re not like them.

But here’s the thing: Yes, we are. The only thing that separates an “athlete” from someone who regularly works out, exercises, or otherwise pursues physically active endeavors is competition. By strict definition an athlete “competes.” The origin of the word is “one who competes for a prize.”

Otherwise very unhealthy people who drink to excess and smoke cigarettes, but can land a golf ball on a green from 300 yards are “athletes,” even if they don’t otherwise “exercise” every day. In fact, this paper from the American College of Cardiology makes it very clear that many Olympic level athletes have high LDL cholesterol levels and are not necessarily “healthy.” Health isn’t their goal. Winning competitions is.

If you’re reading this newsletter, chances are that you hit (and probably blow right past) the minimum exercise recommendation of 150 minutes of moderate activity a week on a Saturday morning bike ride or a weekend filled with your favorite physical activities.

The bottom line: If you exercise on purpose, you are an athlete--and are maybe even healthier and more active than some professional athletes--and this advice is most definitely for you!