Hydration is Power. Harness Yours 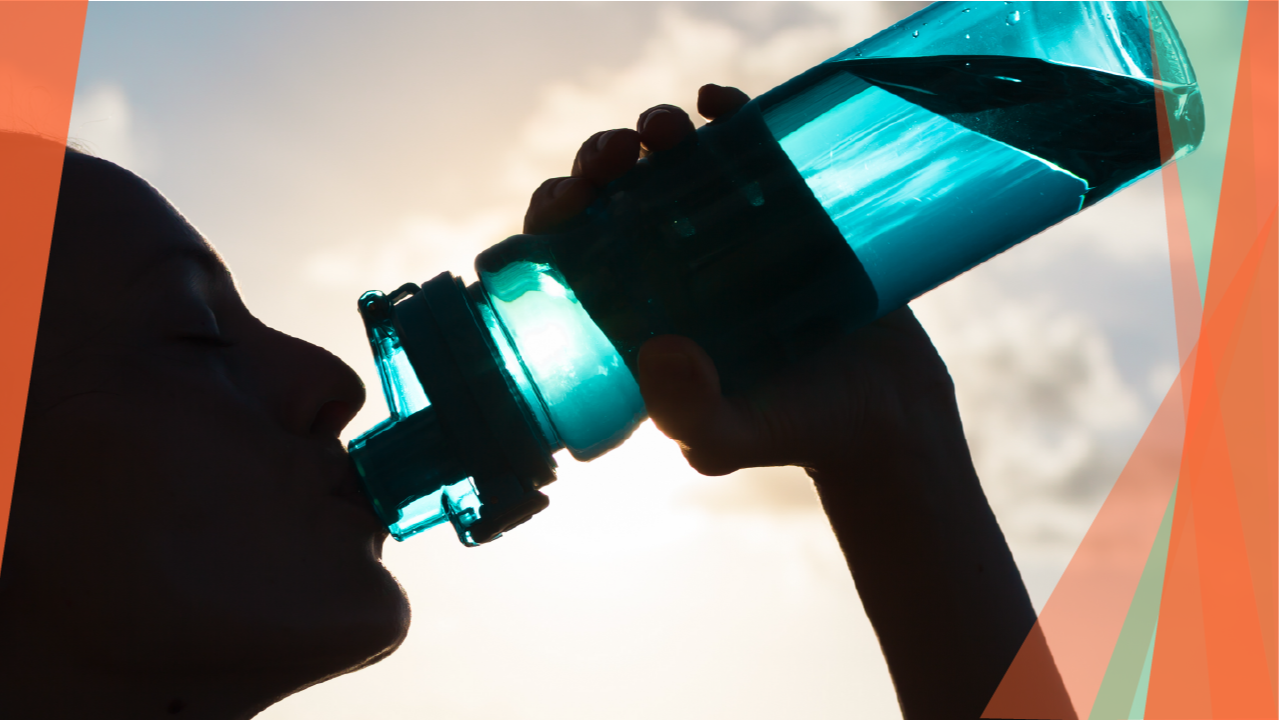 Women heat up sooner, sweat less, and have hormonal fluctuations that impact how we keep our cool when we crank up our efforts.

I have been studying hydration my entire adult life (the basis of my PhD was sex differences in hydration in the heat!), both as an athlete myself in endurance running, Ironman triathlon, pro-elite road cycling, and CrossFit and as a nutrition and physiology researcher working in the lab and the field with elite professional athletes. There is no question in my mind that hydration is power.

You use the water in your body to get rid of the heat you produce and to cool you down while you’re exercising. When everything is working properly, it’s an amazingly efficient process. Your blood circulates to your muscles to deliver fuel and nutrients, as well as to sweep up the waste and heat that your muscles produce while they’re working. The blood then circulates to your skin to dump the heat through evaporative cooling (sweating).

Obviously, you need enough body fluids to keep that cooling mechanism running smoothly. If you slack on your hydration, you don’t have enough fluid in your body to keep your blood volume high enough to sweat efficiently and cool yourself. With less water in your blood, the blood is more viscous, so your heart has to work harder. Your heart rate goes up. Your power goes down. Your core temperature rises. All of that leads to fatigue, reduced performance, and the dreaded power decline at the end of a hard workout.

Having conducted the same hydration and performance testing on elite female athletes as I did on all-male Tour de France riders, there is also no question in my mind that, again, not only is hydration power, but also women’s hydration needs are different from men’s. That’s why I developed specific strategies (and products) for women’s hydration during sport all the way back in 2009!

So earlier this month, I was happy to see this mini-review, Sex differences in the physiological responses to exercise-induced dehydration: consequences and mechanisms published in the Journal of Applied Physiology, where the researchers concluded:

“…the limited evidence suggests that sex-based differences exist in thermoregulatory and cardiac strain associated with exercise-induced dehydration, and this warrants future investigations.”

“Limited evidence” because, as the authors also acknowledge, the vast majority of the research to date has been done on men, so the data is mostly derived from male participants.

In a nutshell, this review concluded that women typically sweat less overall than men and we are more susceptible to feeling the strain of heat when we start exercising.

The reasons for this are numerous. For one, as is my mantra: women are not small men. We’ve all heard that the human body is about 60 percent water. That’s true. In men. In females, that number is closer to 50 percent, because we naturally have a higher percentage of fat tissue (hello, hips and breasts), which doesn’t hold as much fluid as skeletal muscle, which males have in higher percentages. So we have less total body water, blood volume, and ultimately less fluid available to us to lose during sweating. The study points out that at the same magnitude of dehydration, such as a 2 percent weight loss, during exercise, women have a higher risk of experiencing cardiovascular and heat-related stress in the form of higher heart rate and core body temperature.

We also sweat less, so our core body temperature rises about twice as quickly when we start exercising. The mini-review cites research showing that when women and men cycle at 65 percent of their VO2peak, women’s core temperature starts rising just 30 minutes into the session, at which point they’ve sweated out only about 0.5% of body mass. The men’s core temperature on the other hand doesn’t become elevated until an hour into the bout, at which point they’ve sweated out three times as much (1.5% of body mass). Echoing these findings, another study showed that when women and men experienced the same level of dehydration—about 1.2 to 1.8 percent—during intermittent exercise, only the women experienced an elevated core body temperature.

As the mini-review points out, our sex hormones also come into play, as our resting and exercising core body temperature goes up about 0.3 to 0.5 degrees C during the luteal phase of our menstrual cycle.

I’ll note that your thirst mechanism, which is driven by plasma osmolality and volume, also isn’t as reliable during your high hormone phase. So even if your body is dehydrated, you may not feel thirsty. This can become more pronounced during perimenopause as your hormones start to fluctuate, sometimes dramatically.

Drink Up to Power Up

So how much should you drink? You can start by drinking to thirst, but also use common sense. We’re far better off using sex-specific guidelines to reduce the risk of heat illness as well as hyponatremia (dangerously low sodium from excessive fluid intake). Everyone is individual, so your fluid needs may be very different from those of your teammates or training partners.

The old recommendation was to drink to replace body weight loss during exercise (you have probably heard the advice to weigh yourself before and after exercise to determine how many ounces you lost), but doing so can contribute to overdrinking (and women are more susceptible to exercise-associated hyponatremia than men) and it does not account for bodyweight loss from fuel burned (glycogen) or any residual fluid or food left in your gut that you consumed during exercise.

I’m also a big proponent of prehydrating. Starting the night before a big event, especially if you’re in the high hormone phase or if you’re postmenopausal and have noticed your thirst isn’t kicking in like it used to, you can hyperhydrate by drinking sodium-rich fluids like chicken broth or miso soup. There are sport nutrition products that are sodium-based hyperhydration mixes as well as non-sports-related products that work well as a hyperhydration drink, such as Ural (a urinary alkalinizer used for cystitis and urinary tract infections that are high in sodium). Prehydrating helps you have more fluid on board at the start line so you can better keep your cool and power your way to the finish.