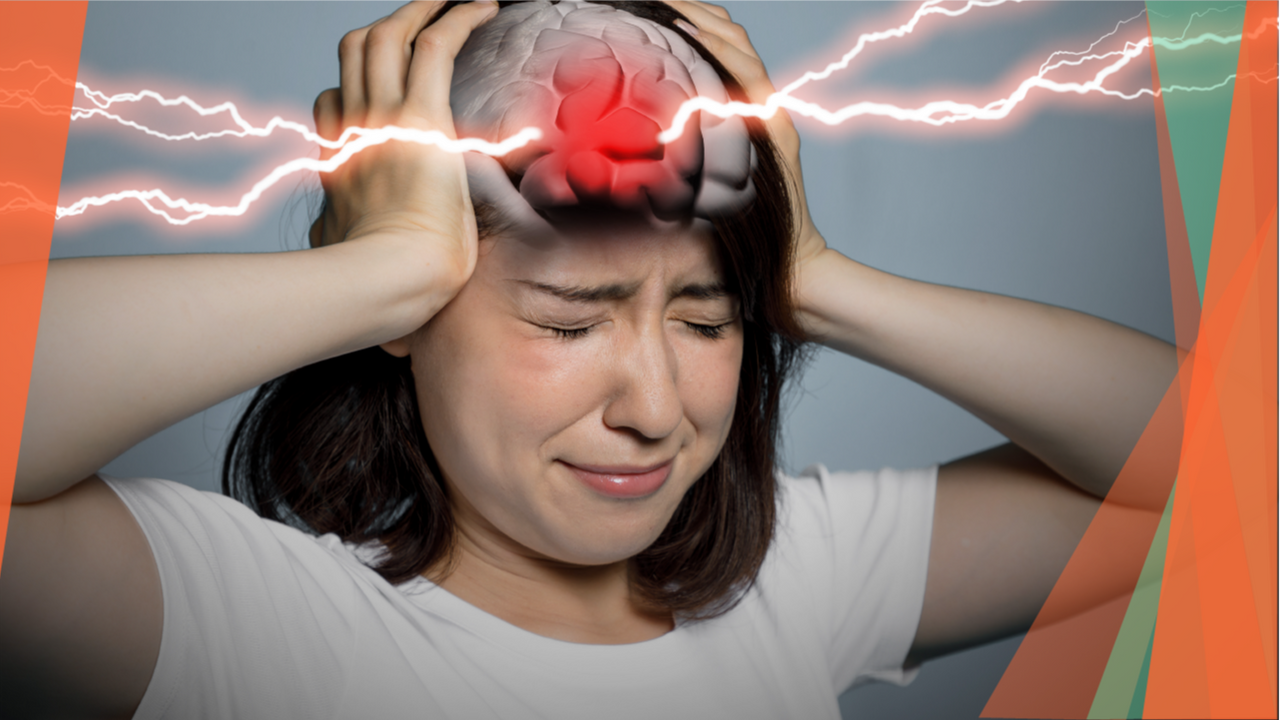 Scientists have recently reported that women are more likely than men to experience long COVID after an infection, and are significantly more likely to experience related complications in the brain and suffer mood disorders. Females also appear likely to have poorer post-concussion (aka mild TBI) outcomes than their male counterparts.

What do they have in common? Inflammation. A 2021 study published in Frontiers in Neurology reported that women had higher levels of inflammation and more impaired cerebral blood flow post mTBI than the men in the study. When scientists perform functional Neurocognitive Imaging (fNCI) on COVID long-haulers, they see the same type of dysfunction as those suffering from post-concussion syndrome, which they believe is the result of coronavirus disrupting blood flow to the brain and triggering systemic inflammation that also causes neuroinflammation.

Interestingly, the same inflammation that can plague women post mTBI and COVID may also contribute to the “brain fog” women experience as their sex hormones fluctuate and eventually flatline during the menopausal transition. And one of the same treatments, namely creatine supplementation, that may help tamper the inflammation and clear the brain fog in women during their menopausal years is also being investigated for reducing neuronal damage and improving cognitive symptoms post-concussion. Because of its anti-inflammatory properties, researchers are also investigating its use in people who get COVID-19.

A 2020 study on pulmonary rehabilitation after COVID-19 concluded that “Although no disease-specific guidelines exist at present, a conventional creatine dosage of 5 g per day administered over 4 weeks or more might be risk-free and sufficient to back up pulmonary rehabilitation in COVID-19.” A growing body of research on creatine and brain health indicates it might be helpful for those lingering symptoms as well. (It’s worth noting that omega-3 fatty acids also appear to be helpful in lowering inflammation and are also being investigated for helping mitigate the long-term COVID-19 impact on brain health.)

There’s evidence that creatine is especially good for women. A 2021 study published in Nutrients reported that creatine may have positive effects on mood and cognition and may be even more effective for females by supporting brain health, and is especially useful for menopausal women who are more susceptible to increased inflammation. The review also included depression research, indicating that women with a major depressive disorder who augmented their daily antidepressant with 5g of creatine responded twice as fast and experienced remission of depression at twice the rate of women who just took the antidepressant.

The Brain and Beyond: The Many Benefits of Creatine

Creatine is one of the few supplements I recommend to women across the board. It is a naturally occurring substance found in your muscle cells that helps them produce energy during high-intensity exercise and heavy lifting. Ninety-five percent of all creatine is stored in your skeletal muscles, and you can bump up those creatine reserves by about 20 percent with supplementation.

Women typically have 70 to 80 percent lower creatine stores than men and we also generally consume significantly lower amounts of dietary creatine, which comes primarily from animal foods like beef, compared to men. So, it’s little surprise that research finds that women may benefit more from supplementing this ergogenic aid.

A study published in the Strength and Conditioning Journal found that females had greater relative performance improvements over males, with males experiencing about a 6 percent increase in performance and females enjoying a 15 percent increase in performance—more than double the benefit. And the 2021 review in Nutrients concluded that “females with varying levels of training and fitness may experience improvements in both anaerobic and aerobic exercise performance from both short-term and long-term creatine supplementation.”

Researchers recommend a traditional loading dose (0.3 g∙day−1 5–7 days) or a routine daily dose (3 to 5 g) for 4 weeks as effective for women, regardless of age. The traditional side effect of weight gain (due to water retention) does not occur with this low dose, yet the health and performance outcomes increase significantly. The review notes that for brain saturation, higher doses (15–20 g∙day−1 for 3–7 days, followed by 5–10 g∙day−1) of creatine are warranted.

WANT TO LEARN MORE ABOUT CREATINE, OR OTHER SUPPLEMENTS? IF SO, ENTER DEEPDIVE TO GET 20% OFF MY NEW MICROLEARNING COLLECTIONS.