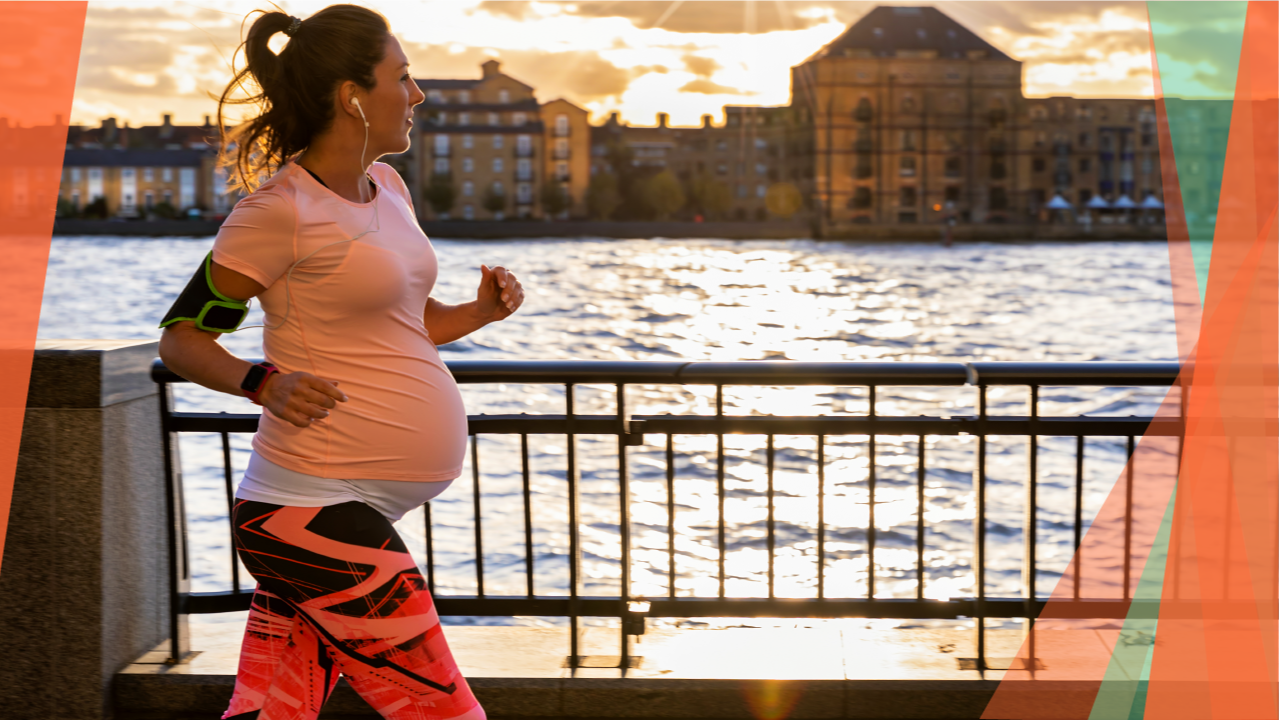 Elite women are training, competing, and yes, winning, during and after pregnancy, rewriting the playbook for moms in sport.

It wasn’t that long ago that active women were discouraged from continuing their exercise routine when they got pregnant. Sure, they were supposed to meet the bare minimum of 150 minutes a week of physical activity. But doctors cautioned them to walk, not run, and to “take it easy”, not understanding that for a woman who clocks 60 miles a week and bangs out blistering track intervals every Tuesday and Thursday, a Sunday morning jog is taking it easy.

This is exactly what Lizzette Perez demonstrated during the 2019 Boston Marathon when she ran the event while eight months pregnant. A lifelong runner, Perez found out she was pregnant a week after she qualified for the prestigious event. She continued running, got regular checkups, and when race day came, she “took it easy,” which as she told ABC news, meant plenty of water breaks, snack breaks, and porta-potty breaks along the way. She finished in 5:49:20, healthy and elated. She gave birth to a healthy baby girl just over a month later.

At the elite level, tennis legend Serena Williams shut out her rival and won the 2017 Australian Open (her 23rd Grand Slam title) when she was eight weeks into her pregnancy at the age of 35. She would return to the WTA (Women’s Tennis Association) Tour six months later and won another title at the ASB Classic in Auckland, New Zealand, at the age of 38.

Most recently, this October, 33-year-old Chelsea Sodaro shocked the world by winning the 2022 Ironman World Championship in Kona, Hawaii, after crushing the competition on the 26.2-mile marathon, running a mind-blowing 2:51:45 – just 18 months after giving birth. As she told PTO in a post-race interview, “We shouldn’t have to choose between being world-class athletes and being moms.”

Research is Finally Catching Up to Female Athletes

I don’t think any female athlete of any level should have to make that choice, which I faced when pregnant with my daughter. I learned I was pregnant one week before the 2011 Xterra World Championships in Maui. I knew from my own research that I didn’t have to choose between a healthy pregnancy and swimming, biking, and running.

So, I went to the event and I paced myself, stayed hydrated, and listened to my body (which, let’s face it, is good advice for everyone!). I earned a top 10 in the event and gave birth to a healthy baby girl seven months later. I counsel the athletes I work with to do the same, provided there are no contraindications and, of course, listen to your body. The body undergoes inherent physiological and anatomical changes that reduce your ability to go hard. Exercise is good for you. Science shows it’s good for the baby. And research is now showing, as the athletes above have proven, you can still stay on top of your game after the baby is born.

In the first research of its kind, a group of Canadian sports scientists recently collected data from 42 elite runners throughout pregnancy, postpartum, and post-pregnancy to quantify the volume, intensity, and type of training the women did as well as their competition performance outcomes.

Most of the women returned to exercise about six weeks after delivery (note- not full training, but a return to training plan), and they were back to about 80 percent of prepregnancy training loads by about three months post-delivery.

About 64 percent of the women said they intended to return to at least the equivalent or better running form post-pregnancy, and they succeeded. Among these women, there was no statistical decrease in performance one to three years post-pregnancy compared to pre-pregnancy. In fact, 56 percent of them improved their performance postpartum. Among those who had no intent to perform the same or better after having their baby, 10 percent still improved.

The women’s return to sport was not without complications. Half of the participants reported an injury postpartum that delayed their return to running and/or competition. Most of those were musculoskeletal injuries, including sprains, strains, and bone stress injuries. The study authors concluded that it was possible that those who experienced injuries returned to training too quickly. That’s possible. I think it underscores the need to help guide women back to activity postpartum and, importantly, to help them fuel appropriately, as many female athletes are under-fueled as a matter of course, which can exacerbate their injury risk postpartum when their fuel needs rise exponentially.

In the end, the authors concluded that “for the first time, we can confirm that those athletes with an intent to return to prepregnancy performance levels, that are able to remain injury free, have equivalent to improved performance outcomes while maintaining ~2.5 to 3 times the training volumes of evidence-based published recommendations with no significant adverse maternal-fetal outcomes.”

In other words, pregnancy and motherhood do not have to be the end of the line.  We can and should encourage active women to continue their training during pregnancy and develop guidelines that reflect their high levels of baseline fitness and activity. We also need to help them return injury free.

As we’re rewriting the rules for an active pregnancy, it goes without saying that priority number one is maternal and fetal health. Conditions like preeclampsia, carrying twins, the risk for premature labor, and other high-risk factors mean pausing training and exercising caution.

Some “classic” guidelines still stand, such as:

Bottom line: Unless you have serious complications, you should definitely exercise during pregnancy. If you’re athletic, you can continue to be so even after you get the positive sign on the pregnancy test. Just listen to your body and follow common sense guidelines. Ease back into it when coming back postpartum, and make sure you’re eating enough to avoid injury.